If these were my grandma’s latkes, they would be cooked in butter, stuffed with raisins, sprinkled with saffron, and actually made out of rice.

They would be hard and crunchy and she wouldn’t call them “latkes”, she would call them “tah-diq” (meaning, “bottom of the pot” and referring to the unbearably addictive mold of intentionally burned rice that is the sign of a masterful Persian chef).

If these were my mom’s latkes, they would be cooked in a roasting pan, stuffed with sweet potato and onion, and actually made out of chicken. She’d let them cook unattended for hours while she made trips back and forth from Safeway and CVS.

Having never made a latke before, I had

But boy, what I have learned. Did you know the original Hannukah latke was made from curd cheese? Did you know that there are songs about latkes? Yiddish: “Fun a proste buble kumt aroys di geshmakste lakte” (From the lowly potato you get the tastiest pancake). True indeed.

And my interest has been piqued. I want to make a Persian latke with grated apple and eggplant dipped in yogurt; I want to make an Italian latke with basil, mozzarella, tomatoes and potato; and I want to make a Tunisian latke and just dump a bunch of cumin and harissa in it! But for my dear, darling husband who wanted something Hannukah-esque to eat on the first night of this wonderful holiday, I stuck with something normal, well, if you can call parsnips normal.

Making the latkes was not as scary as I thought, until I perused some recipes and saw the amount of oil people were using. It’s a latke, not a falafel, people! And the methods! Oh, the methods! I have to believe that poor, 19th century arthritic grandmothers all over the world were not wringing these grated vegetables in dishtowels. Buy a cheese cloth (kitchen lesson learned)!

I love this recipe, and hopefully my family will now have a latke recipe we can call our own when Hannukah rolls around. Or breakfast…

For other “latke-esque” ideas, check out these posts: Sweet Potato Pancakes and Chickpea Pancakes.

a little less than 1/4 cup green onion; diced (you can skip this, Aunt Amy – try dill?)

1/4 c whole wheat flour (you can use whatever flour you want; gluten-free folks can use chickpea/rice flour)

Serve with sour cream and apple sauce because everyone else does and it’s fantastic. Greek yogurt is also good instead of sour cream. For the sour cream, add a little lemon juice (1 tsp per 1/4 c sour cream), a pinch of salt, a dazzle of green onion and you’re good to go!

Preheat your oven to 250 degrees so you can serve these babies warm.

Peel and grate the potato and parsnips, or peel and whir them around in your food processor using the shredding blade. If you didn’t know you had this feature on your food processor, you can thank me later (my life is forever changed). Place the grated vegetables in a cheese cloth or a dish towel (if you must, but you’ll be sorry), and squeeze out the liquid. Set aside for a couple of minutes. Squeeze again! Wetness = not crunchy latkes. Put the vegetables into a small bowl and mix with lemon juice. 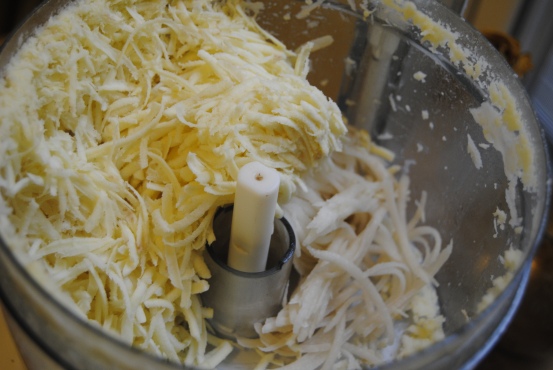 In a separate, medium sized bowl, combine the flour, baking powder, salt, pepper, green onions, and any other seasonings you want to “make this your own.” Lightly beat the eggs and mix into the vegetables so they’re all covered. Combine the two bowls, mix very well.

Over a medium-low flame, heat 2 tblsp of vegetable oil until it starts freaking out. Add one of the gratings and when the pan starts shouting at you with spurts and hisses, IT IS TIME!

With a fork, drop the mixture onto the pan. You can shape them messily or mold them into round, perfect patties. Cook for between 4 and 6 minutes (depending upon how dark you like them), and flip and cook for another 2-3 minutes. Set aside on paper towel to soak up the oil. Taste one of them because no one’s looking! Replenish the oil as needed. Enjoy! 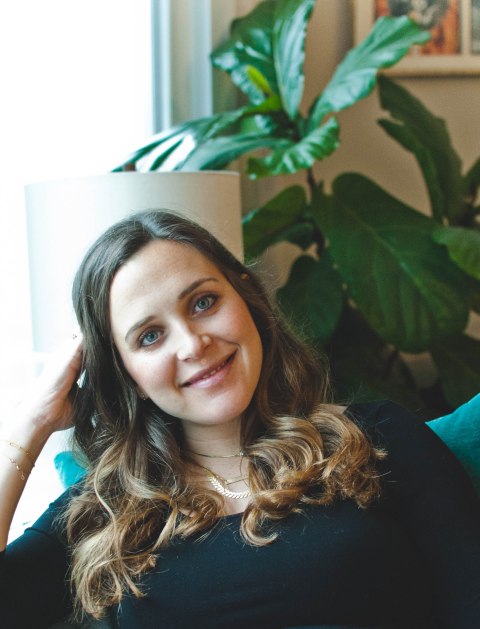