The word sounds like letting air out of a tire. It smells like somewhere I shouldn’t be. Just seeing the word on the page makes me sit back a little farther.

When I was two years old, my mom gave me tuna, I broke out in a body rash, and a handful of years later, a scratch test sent me into anaphylactic shock. Since then, I’ve carried an Epi-pen and Benadryl with me every day and to all the places that I go. Fortunately, I live in a very accommodating city. There are Bay Area food allergy support groups, allergy advisory boards (no idea what that is), and endless food options and substitutions. My allergy only becomes a problem when I travel or if I somehow end up across the table from some Chinese food.

As a kid with a food allergy, you learn how to speak up for yourself. In my small, child voice, I warned my friends’ parents about my allergy at sleepovers and remembered to ask if there was fish in my food and whether a knife or a cutting board that might have recently touched fish might have touched my food. I also learned how to be assertive in restaurants. When waiters appeared too casual, I would put my hands around my neck and make heaving sounds to send a more forceful message. I wanted to scare the people responsible for feeding me as much as I felt scared trusting them. Because when you have a life-threatening food allergy, even just an unfamiliar flavor can make your stomach sink with fear.

Having a food allergy can also make you act and think extremely irrationally, and god help the person who has to deal with you. When Adam and I visited Morocco, we packed into a taxi with too many too big people, drove three hours in the sweltering heat, stranger’s skin squished up against stranger’s skin, only to immediately turn around at our destination when I became hysterical, kvetching that the city reeked of fish and there was no way I would sleep there.

Another time, I went out with friends for vegan Chinese food on Christmas Eve. The restaurant had a page worth of fish dishes, and I thought: “This is my chance. I’ll order the “salmon.” Wow, this is really happening.” But then I became completely paranoid that the restaurant was lying about actually being vegan. There would surely be real fish brains in my fake salmon, and I would be gasping for air moments later. Instead, I ordered something with “chicken.”

And then there was the surprisingly cathartic experience of fishing for the first time in Canada. Although I fished for hours and days and never came close to catching anything, it was the first time that I felt powerful against my allergy.

The way Adam and I travel, meals are the tourist attractions. We just spent two weeks traveling through Greece, Italy and Croatia and had some unforgettable food experiences. I’ve included some photos of our trip below. I held lemons the size of melons, was shamed for choosing 0 percent Greek yogurt, ate tomatoes straight from the vine, and let freshly made pasta melt in my mouth. My allergy has often dictated the places I’m willing to travel to, and I’m sure there are people out there who, like me, allow their food allergies to prevent them from experiencing certain parts of the world. But returning from such an incredible vacation has left me wide-eyed, and I guess I just think it’s crazy to let fear get in the way of seeing the places you want to go.

This recipe was inspired by foods we ate during out trip — briny feta in Greece and thirst-quenching watermelon on the sizzling beach in Croatia. I love the color of this salad and the way it smells. The blackberries in the dressing are barely there, but they look beautiful so I couldn’t resist. Enjoy with someone you love. 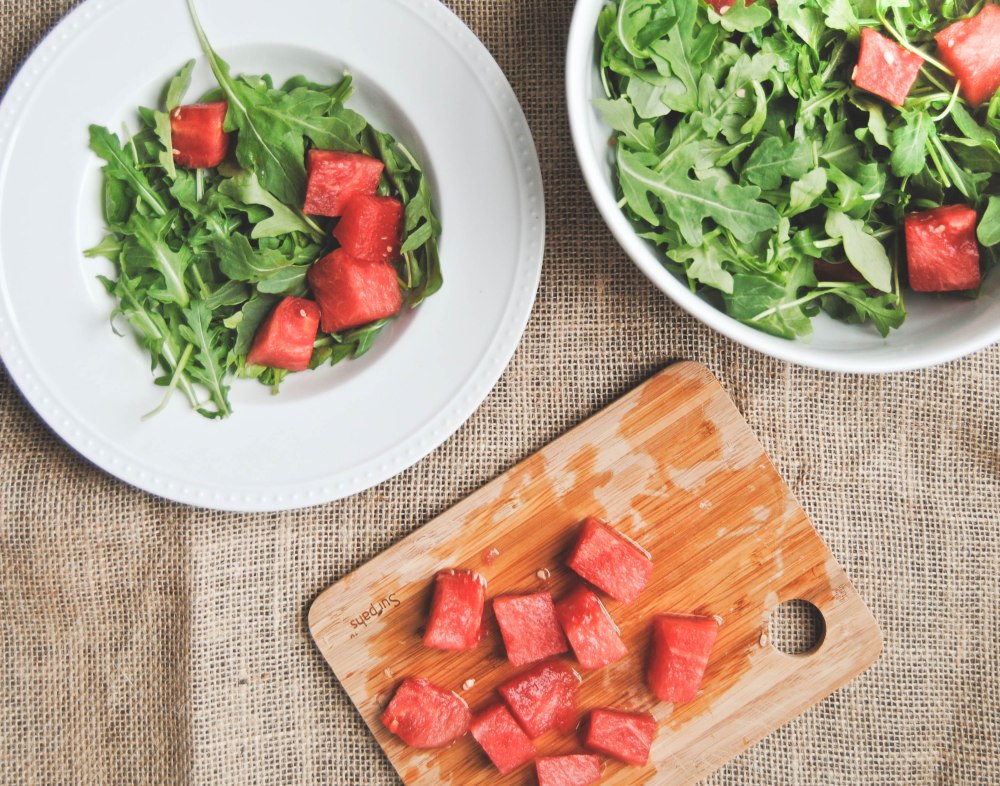 about 2 oz of feta cheese (or slightly less than a deck of cards); broken into cubes

the tiniest dash of balsamic vinegar 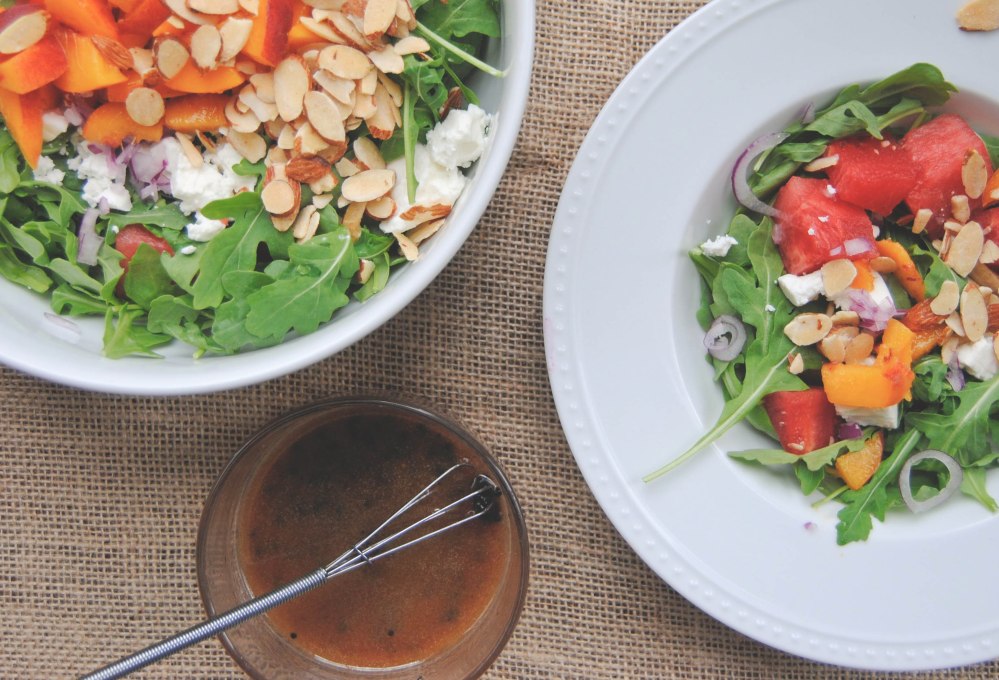 How To Do It

Put all the ingredients in a bowl and toss like a boss. Top with dressing, and enjoy! 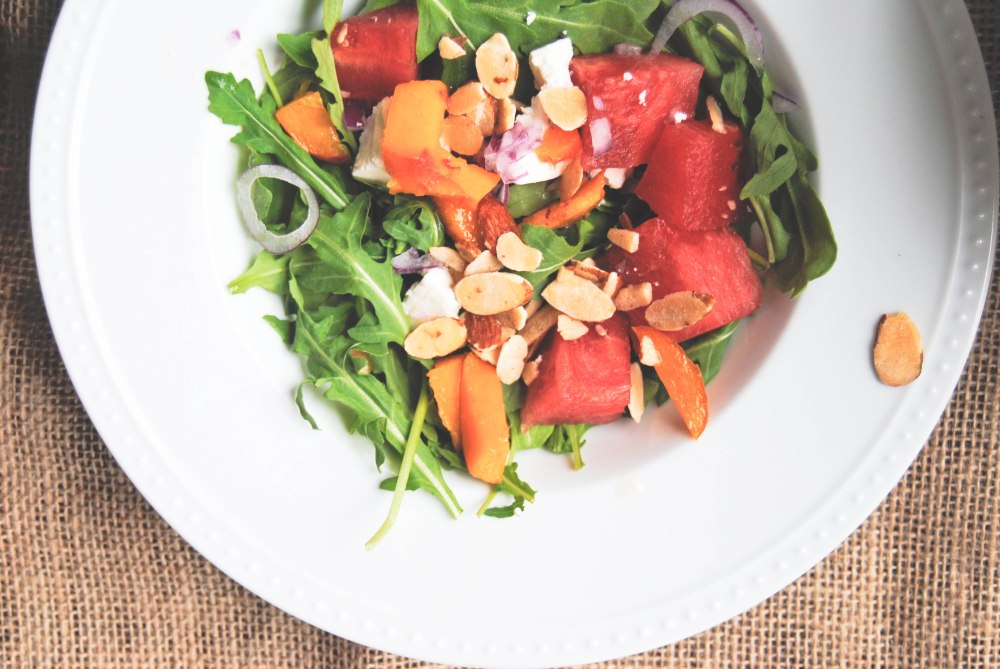 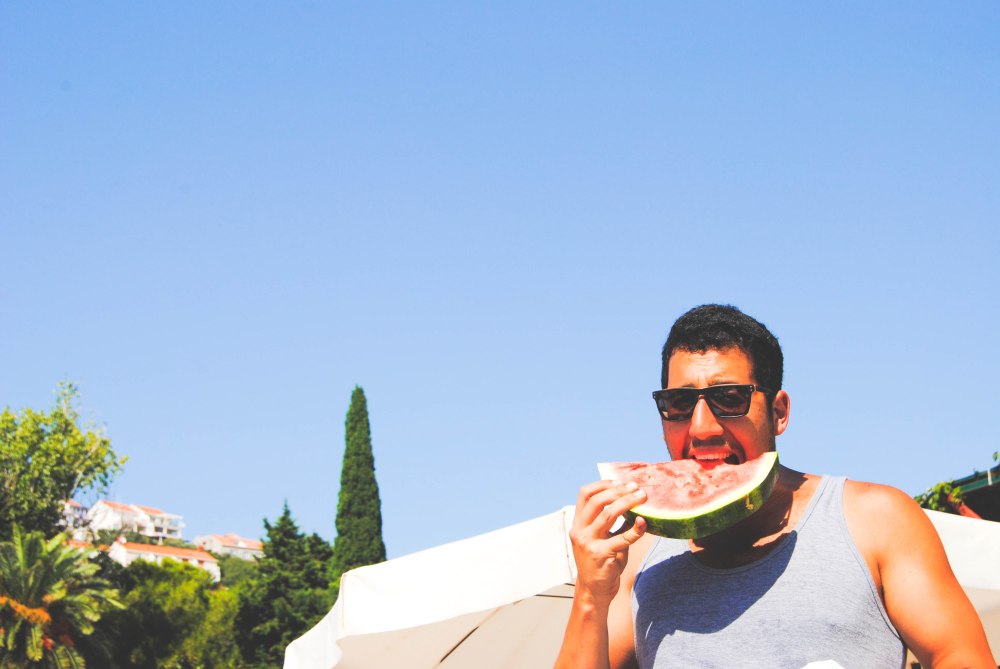 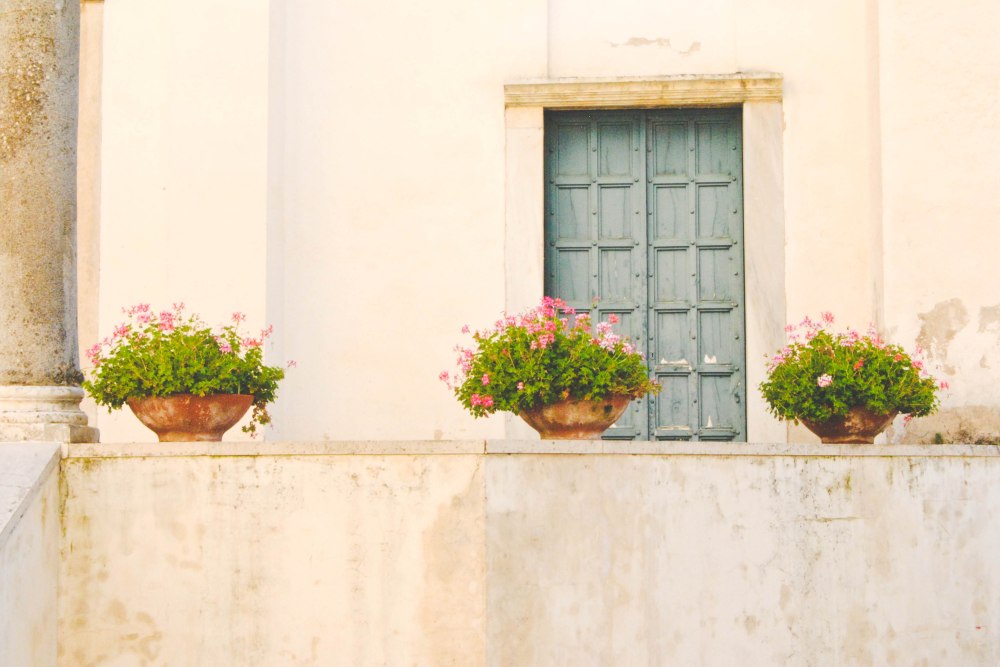 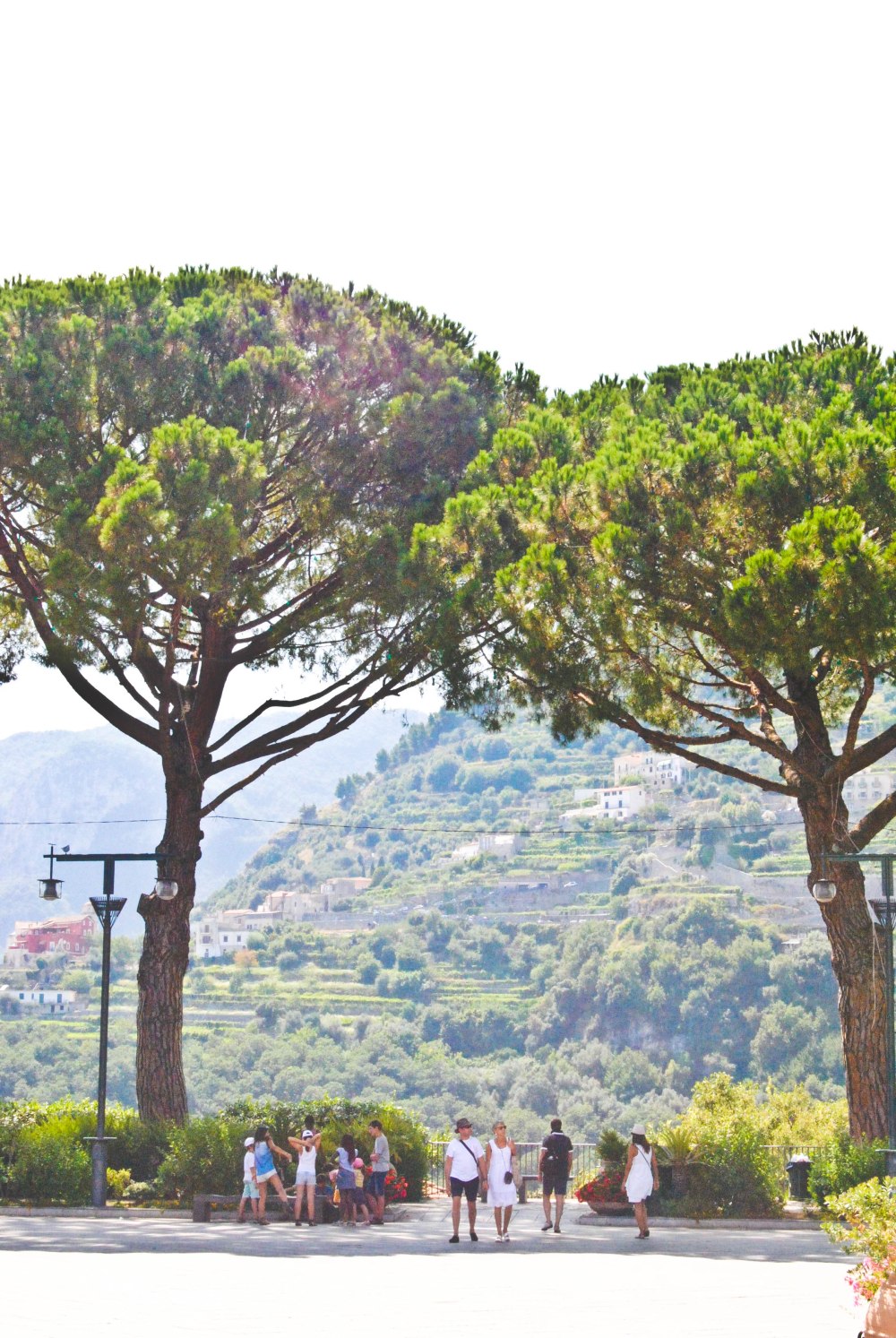 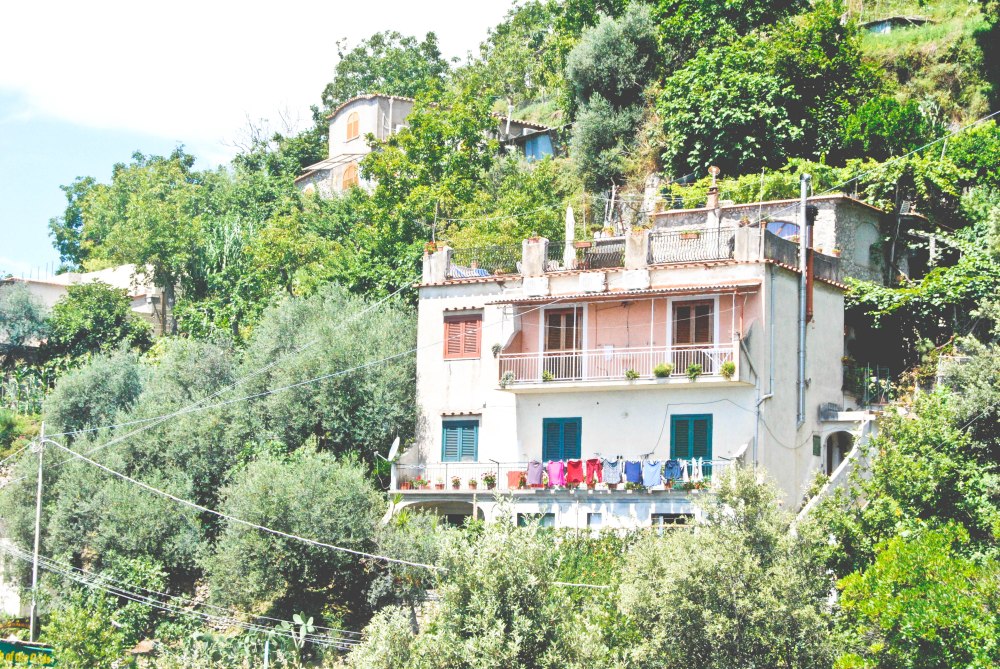 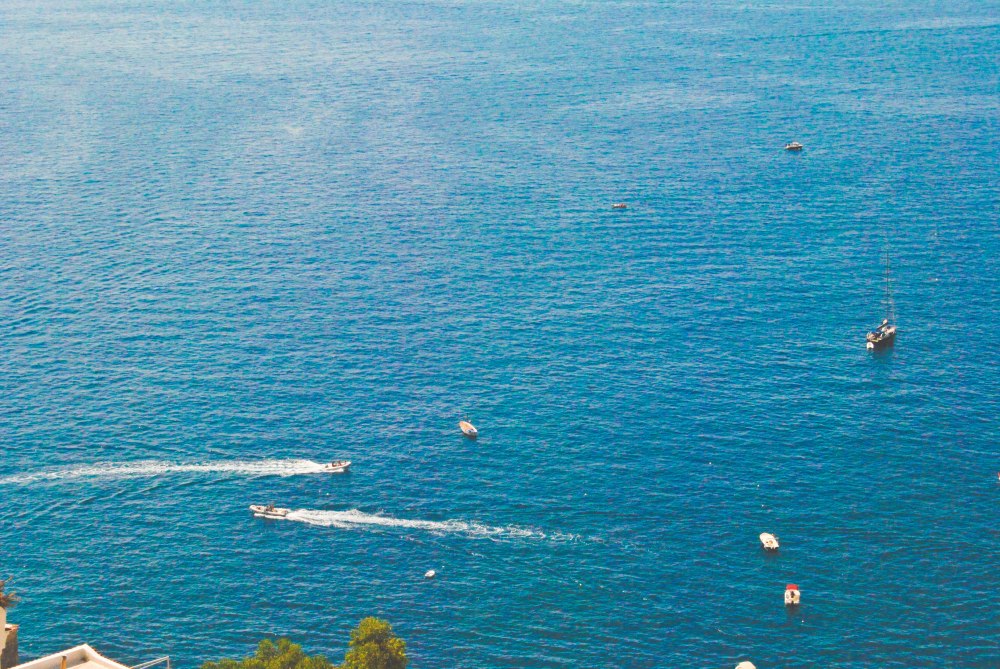 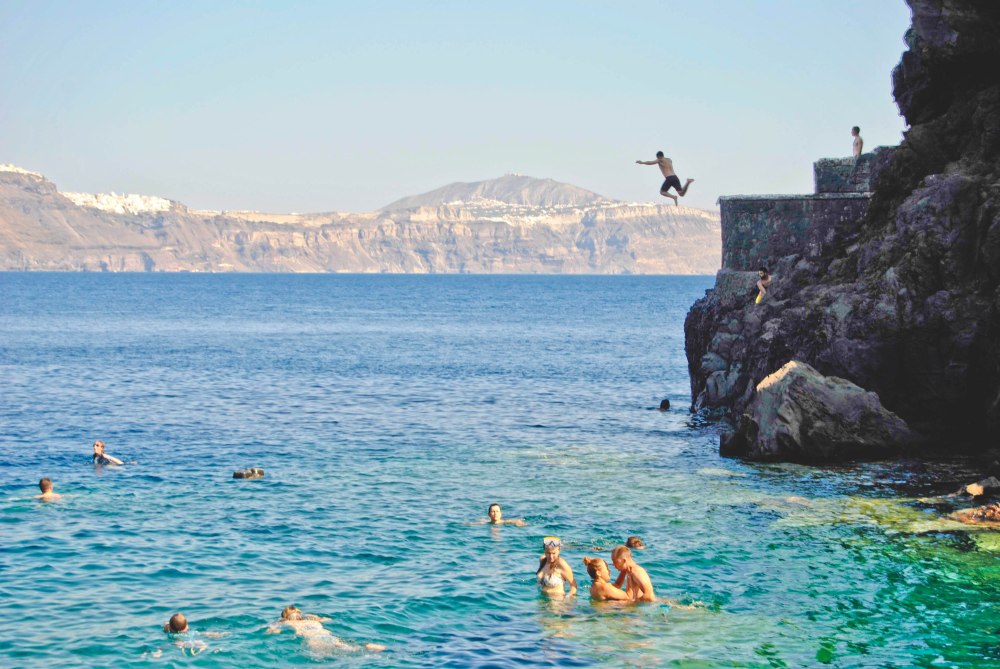 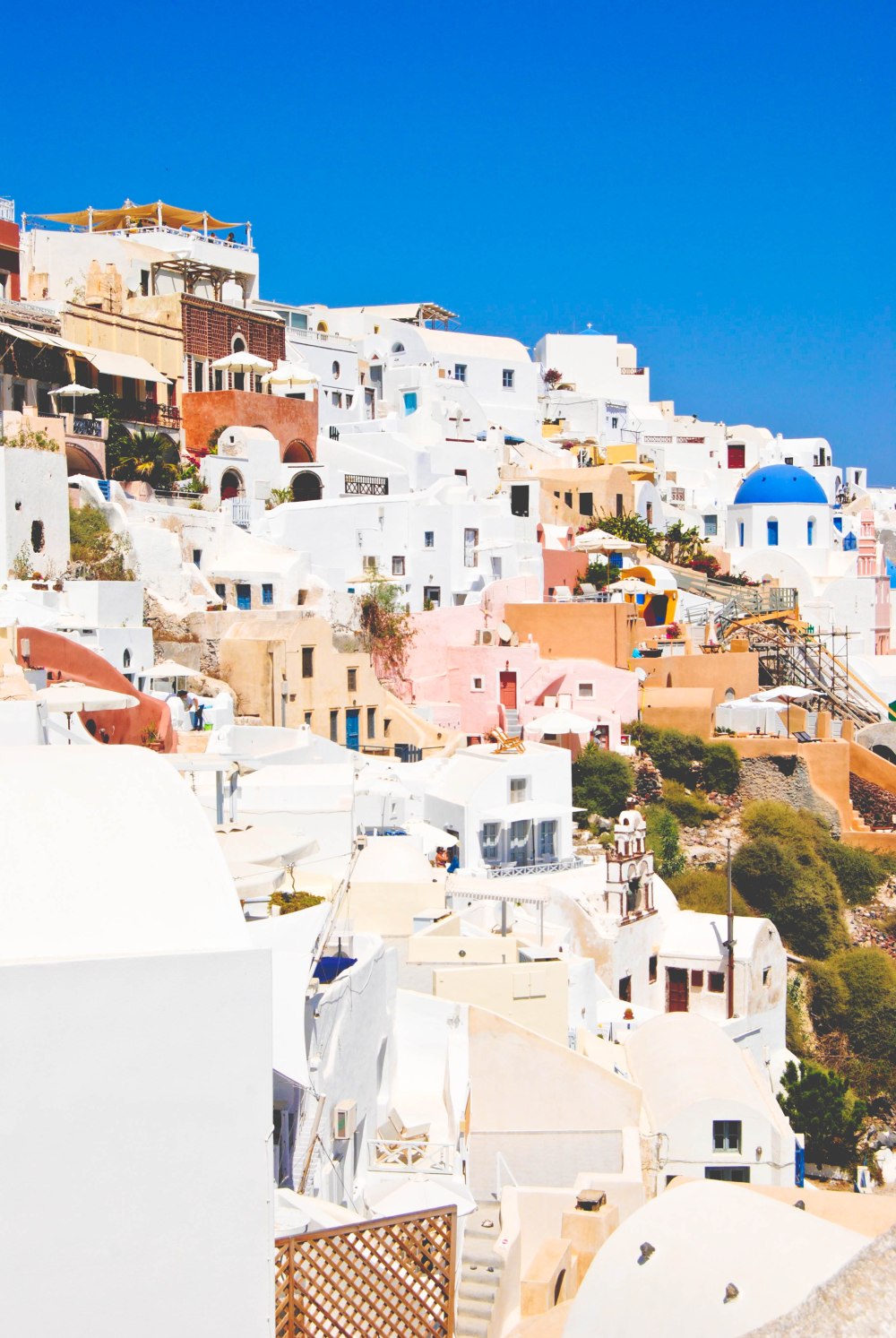